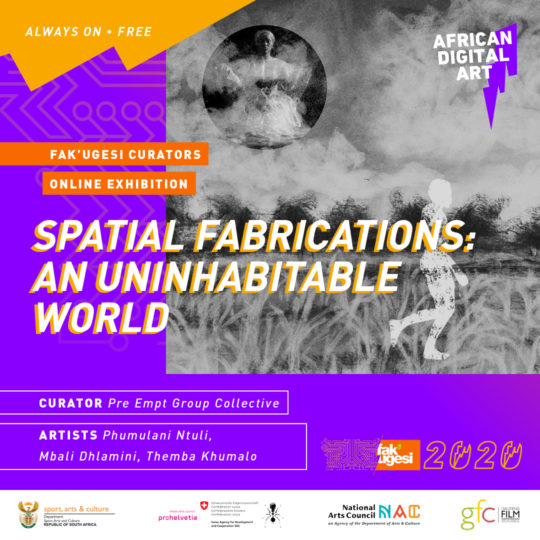 "As I look outside my window. I see something I can't believe. And if I close my window. What will the future bring." - Puff Johnson

Curated by Fak'ugesi commissioned curators PreEmpt Group Collective, 'Spatial Fabrications' is a nonlinear Web VR orbiting around three animated films within a 360 environment. These views strive to warp the clinical and pristine by engaging the computer screen, it's politics and representations.

The exhibition internalises a window and brings forth questions on the panoramic, panoptic and stereoscopic as political encounters. The exhibition engages the screen, its politics, representations in speaking to land justice, spirituality, considerations of land dispossession, exile and migration; in attempting to position fictive subjects in the construction of new worlds, as a kind of refuge seeking.

The exhibition invites a user to see without attempting to mimic the external view of a fabricated image and its external constellations of interfacing within an orbit. The exhibition is a nonlinear Web VR, which overlays with the spherical frames that joins, disconnects and weaves all the various nodes together.

In the work by Themba Khumalo titled 'Evictions', this film engages manifold lived experiences which are rendered invisible.

Mbali Dhlamini’s work 'Ukuhlamba' entangles notions of spirituality reminding the viewer of the immediate subject who is a shape shifter of their own body and gaze, becoming confrontational with the viewer.

Ntuli’s work, an essayistic montage, disavows narrations and brings in view different forms of impossibility of sites of the sea, which are seemingly uninhabitable. The exhibition poses the questions: what kind of worlds, spaces, religions are habitable? Worlds conducive for a breathing subject who is a shapeshifter, a world-maker, a decommissioner; one who attends to decolonising models.

TO ENHANCE EXPERIENCE use headphone or earphones.

TO PAN THE 360 SCENE use a track pad or a mouse. To pan either Left, Right, Top and down use arrow keys. Use the rotation button to pan Left or right.

TO WATCH THE FILMS find an icon/character and click it to take a tour, view films and read through the artist biographies. 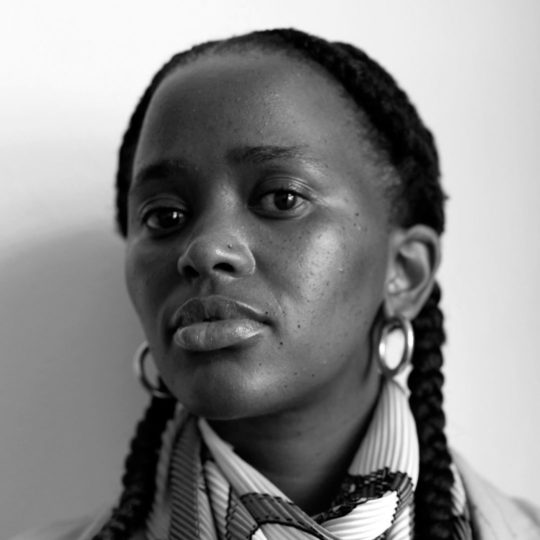 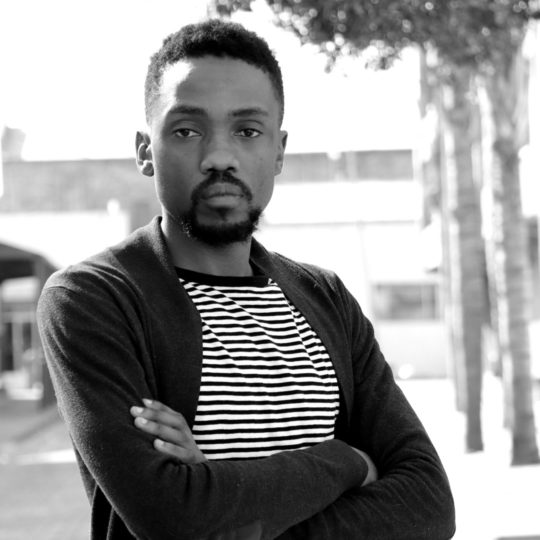 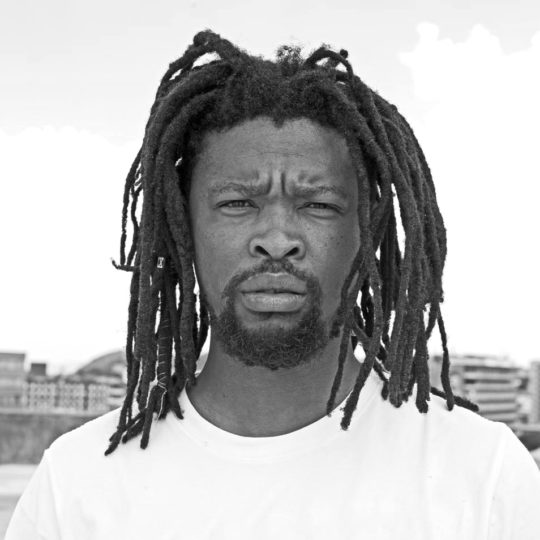 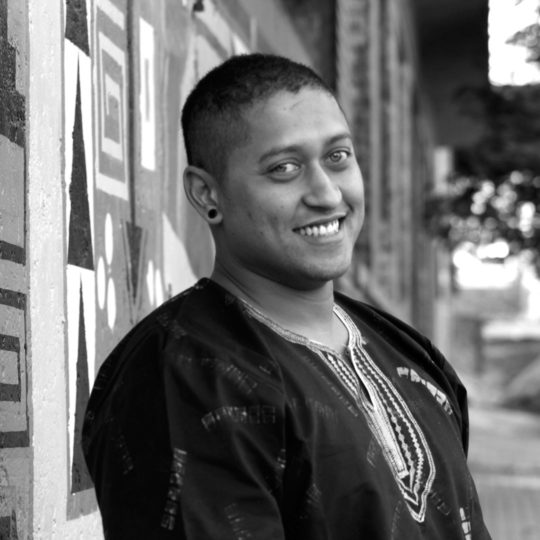 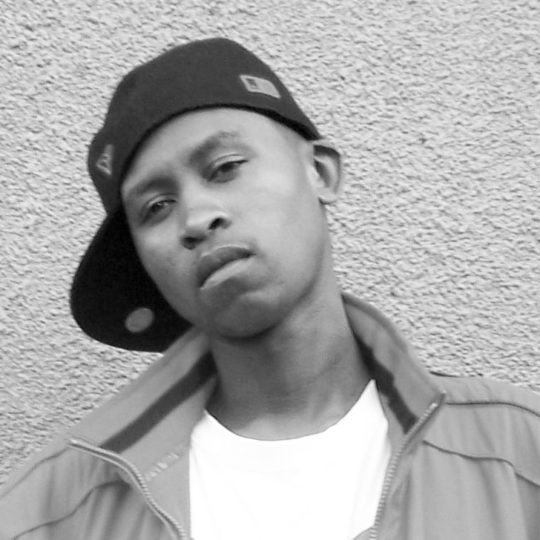