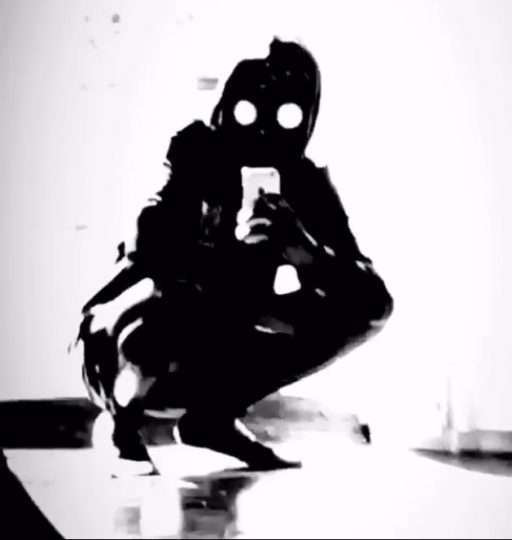 Xopher Wallace is a South African visual creative who expresses this creativity through fine art photography and augmented reality. With mixed reality as a key interest, he strives to link the real world and his imagination.
Xopher’s introduction to visual art came via his mom buying him and his brother a camera while they were still in high school and they used it to recreate their favourite music videos. Xopher did this with his brother and ended up taking the lead in video editing and later decided to study photography and film at Boston College. Xopher got into conceptual photography a few years after graduating and created this character that he goes by now, Xopher Wallace, who takes a surreal approach to his work. He plays around with anonymity as a means of putting the art first and also preserving his authentic character. He found that there are some images that you can’t create with just a camera but can virtual create which got him into filters. His filters also play around with anonymity which tie in well with the Xopher Wallace persona.
His past work experiences include cinematography, street, event and conceptual photography, film and most recent creating Augmented Reality. During lockdown he created a first of its kind AR Filter Exhibition called Inside/Outside Gallery featuring local artists. He is currently the curator for the Faku’gesi Digital Innovation Festival creating filters based on vonMash’s work with reference to African masks and also setting up the AR gallery to showcase von Mash’s work. 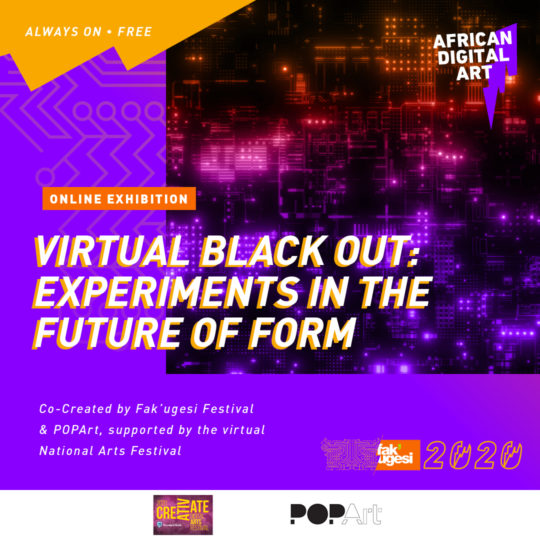 Virtual Black Out: Experiments in the Future of Form 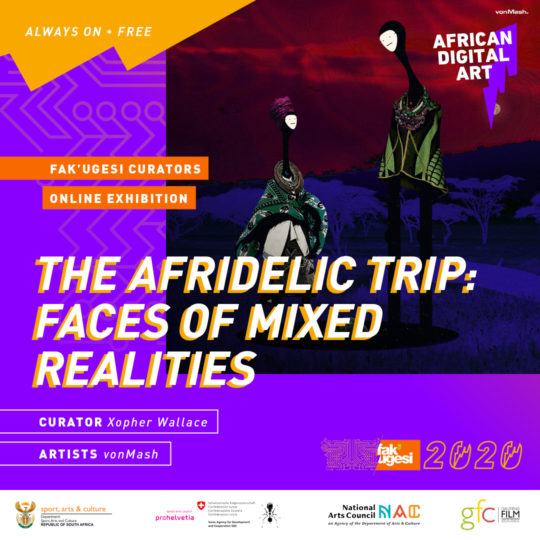 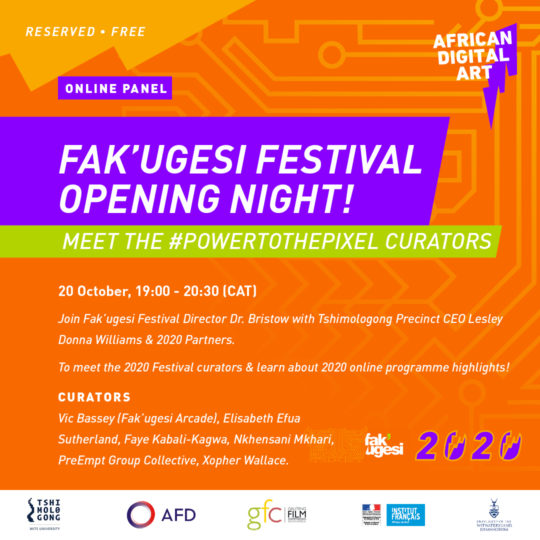 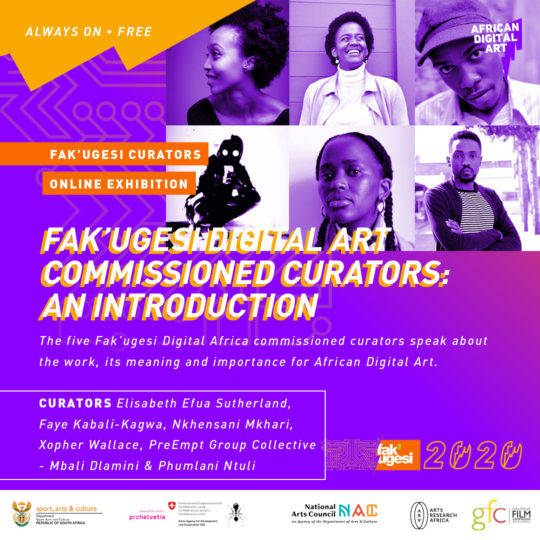 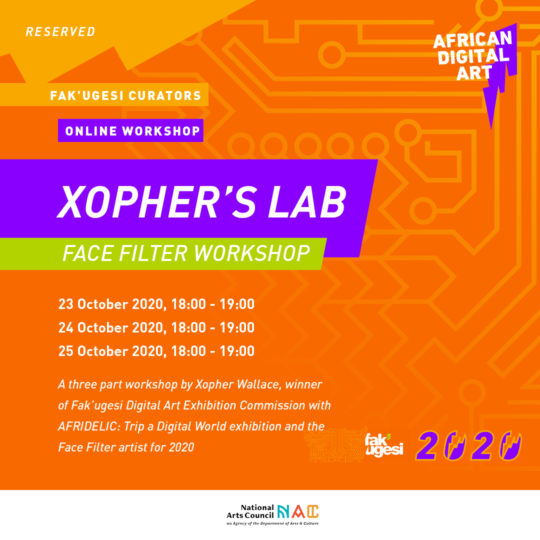