As a creative and experimental space it allows emerging and professional artists to expand their interests within the context of the digital and creative practices, tapping into new networks, possibilities for collaboration and digital production. This framework acts to support emerging digital artists for a month prior to the festival, in the production of exhibition at the annual Fak’ugesi Festival. 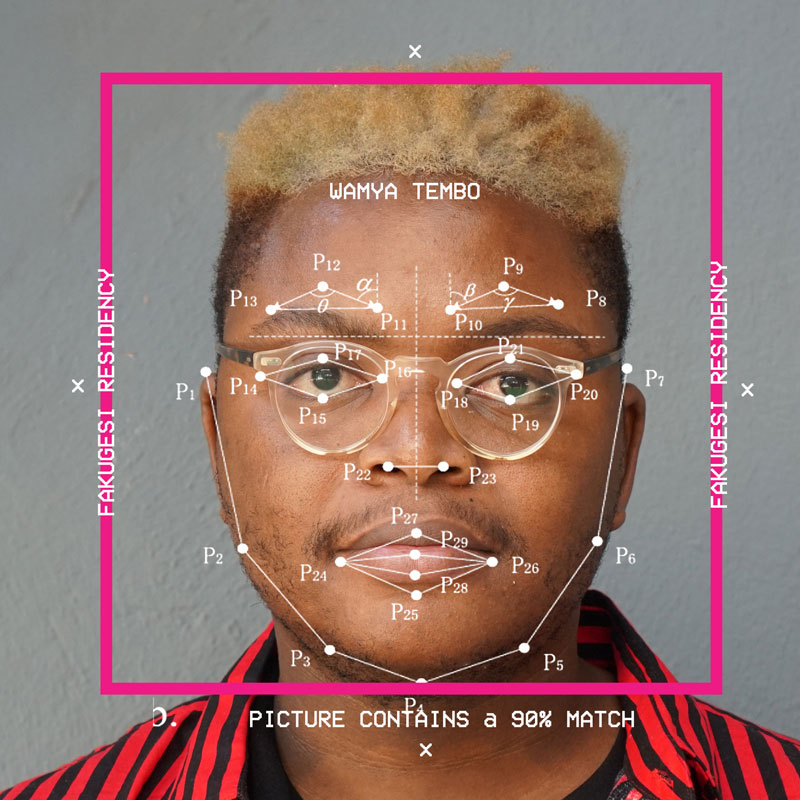 Wamya Tembo is an Electronic music artist/producer from Lusaka, Zambia. He’s been making music since 2003, starting with dreams of being a rapper and a Hip-Hop producer. After moving to Geneva, Switzerland in 2008, Wamya developed a taste for (Nu) Disco/House which he started to produce under his... as Sampson project, which was active from 2010 to 2014. SHE Spells Doom, initially created as a side project in 2012 to reflect the more experimental music he partied to at club nights/festivals during a late bloomer club-kid phase, became Wamya’s main focus in 2014. This allowed him to explore darker themes and pull from all his influences: House and Techno, early 2000s Rap, Congolese Rhumba and 80s/Early 90s Sci-Fi & Horror. Wamya has more SHE Spells Doom EPs lined up for 2019/2020. He is currently hard at work on more production for artists and collaborating with music producers from different parts of the world. Invigorated by his collaboration with Swiss artist/poet Guilia Essyad on the music for his single "Death Screen" in 2019, Wamya plans to work on more audio/visual projects. He has had an epiphany of sorts surrounding the efficacy of visuals and has found them an adequate means for him to magnify the darker nature of SHE Spells Doom’s material whilst still leaving it open to interpretation. It also functions as a new outlet for him to tap into his love for bizarre cinema. He’ll be collaborating with Giulia Essyad again – scoring a major project she is currently working on and due to be exhibited in 2020. He also plans to do more DJ sets to showcase “FELT music” and its influences. 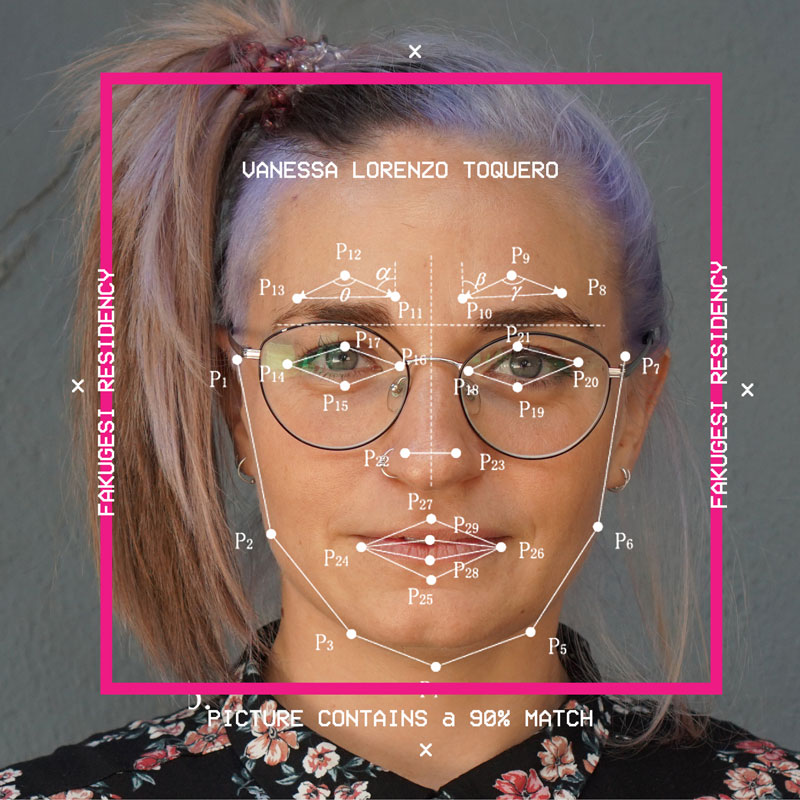 As an artist, Vanessa Lorenzo creates hybrid media ecologies that thread together people, the more-than-human and the technologies that intertwine them. These interactive media assemblages seek to highlight the agency of the more-than-human. Trained as an industrial design engineer, she critically engages with technology to enable odd sympathies among species and foster post-anthropocentric futures. Vanessa is based in Lausanne, Switzerland, and has exhibited internationally participating in symposiums, conferences and developing workshops that focus on the radical poetry of the more-than-human. She is an independent researcher and designer working at the crossroads of Media, Design and Ecology. Trained as a product design engineer and media designer, she creates fictional scenarios embedding people and the more-than-human into devices forming hybrid media ecologies. These hybrid media ecologies focus on the environment and the agency of the more-than-human. In addition to this, she nourishes (from) and believes (in) communities of hackers / artists working in alternative spaces to have the power to subvert the dominating role of traditional science and technology. She holds an Engineering Degree in Product Design (Mondragón Unibertsitatea, 2008), a Post-Grade in Product Conceptualization and Development (Elisava, Barcelona, 2010) and a Master of Media Design from HEAD-Genève (2016) where she received an honorary mention for her final Masters project "Camera Obscura et lesartefacts de l'invisible" in collaboration with Dr. Sachiko Hirosue and Dr. Robin Scheibler from "Biodesign for the Real World". Currently, she is an independent researcher at Hybridoa and co-president of the Hackuarium biohackerspace (Renens). She organizes collaborative workshops about critical, speculative and biological design at Les Ateliers de Bellevaux, Hackuarium, Utopiana Geneva, Hackteria, and collaborated with the Open Science School (CRI, Paris) and EFPL Bioinspired Lab. 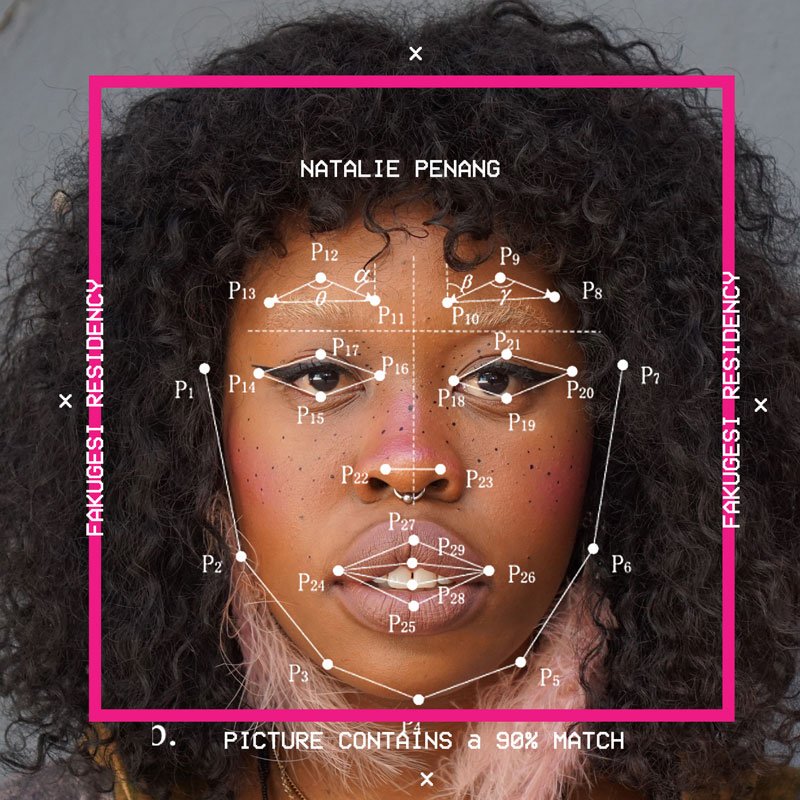 She is awkward, complicated, and has a quirkiness to her expression. Residing in Johannesburg and in the cyber village called the Internet, Natalie Paneng is a multi-disciplinary artist who completed a BADA from the University of Witwatersrand. The use of her main mediums, photography and videography, led to the development Hello Nice; a YouTube channel where she uses her skills in theatre and performance to connect to an online audience. In her work she explores what it means to have an online presence, the personas we develop online and how the internet and its algorithms control and influence us. Natalie's work becomes a way for her to interrogate and share how she manifests and navigates the world she lives in and creates for herself. The internet is MTV and she welcomes you to her crib. 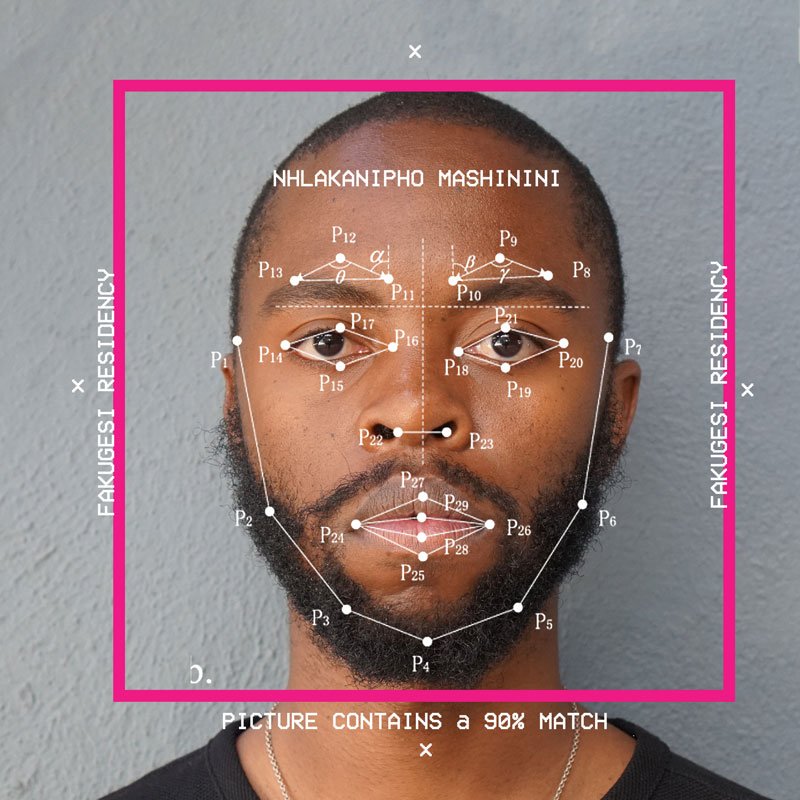 Nhlakanipho Mashinini was born and raised in Soweto, Johannesburg in a little town named Zola. Art and architecture were concepts that were not fully understood in his neighbourhood. He fell in love with architecture on a Euro tour that was organised by his school for the art and drama classes. This jumpstarted a connection to architecture and its imagination. As an architect, his learning journey in the field has been connected to pushing the boundaries of design and forming a practice aimed at simplifying complex ideas to make them more accessible, attempting to master the art of simplification.

Bubblegum Club >> Own Your Force 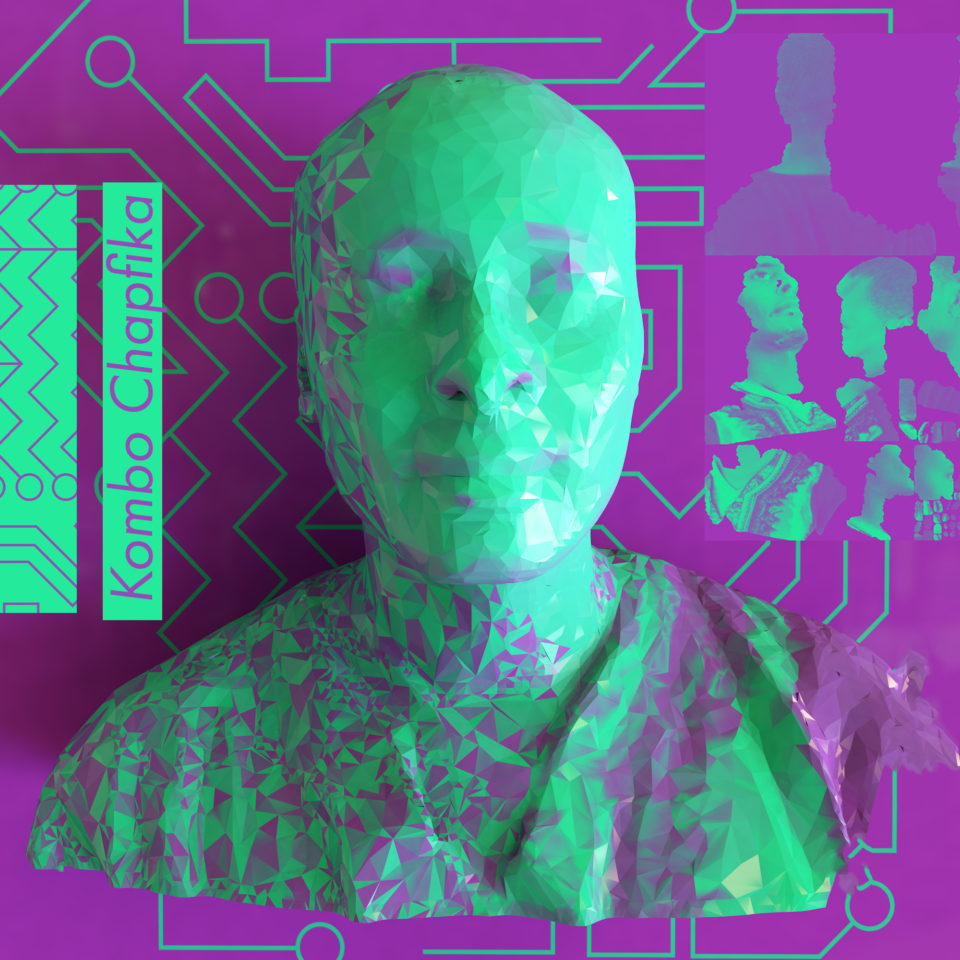 Komborerai Chapfika is a Zimbabwean (b. 1981) multi-disciplinary visual artist, who studied in Atlanta, GA. USA (BA. Economics 2006). Following graduation, he worked in advertising, broadcast, animation, and web development including time at LBi Interactive, Web.com, and Cartoon Network. His artwork features contemporary African and Western pop iconography, bright patterns, and often surreal figurative elements. He draws, paints, designs, animates, and creates installations. A mostly self-taught artist, he believes art transcends any singular medium and that each discipline informs the other. His hybrid aesthetic echoes his personal journey as a contemporary African artist commentating on the ongoing cultural remixing brought on by globalization, the people, and situations he encounters. Chapfika is currently developing a “Retro-Futurist-Afro-Kitsch” aesthetic. A hyperbolic, but recognizable visual style that expresses the immense potential and current dire straits of Zimbabwe, and Africa at large. 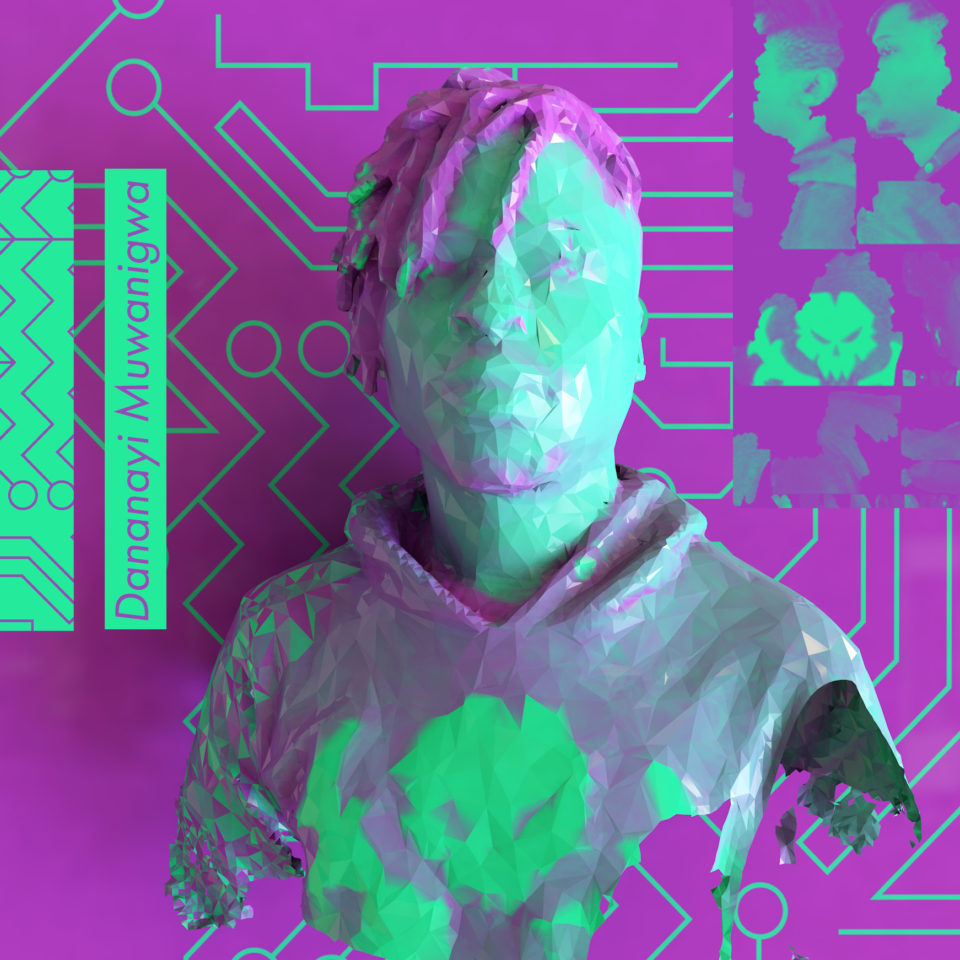 Dananayi Muwanigwa is a 27-year-old self-taught digital artist/painter based in Harare, Zimbabwe. He uses 2 primary tools to produce his work, namely a Wacom drawing tablet and Adobe Photoshop. Dananayi has been using digital painting as a medium for the past 5 years and is largely self-taught, drawing inspiration from haute couture, film, fantasy. Digital painters who also played a key influence on the techniques he has developed include modern digital artists from Zimbabwe as well as globally such as Walter Musoza, Kudzai Gumbo, Stanley Lau, Warren Louw, Sakimi Chan, Adam Hughes, Robot Pencil and Ross Draws. In this last year the main subject of his work became women of colour, choosing to depict their strength and beauty using fantasy as his core style. By utilizing digital media he aims to tell the story of the African woman, a story he feels is often confined by gender and racial stereotypes. He also aims to contribute towards building the Zimbabwe Digital Arts community and eventually to empower others who are looking for a unique medium of expression through the art digital painting. 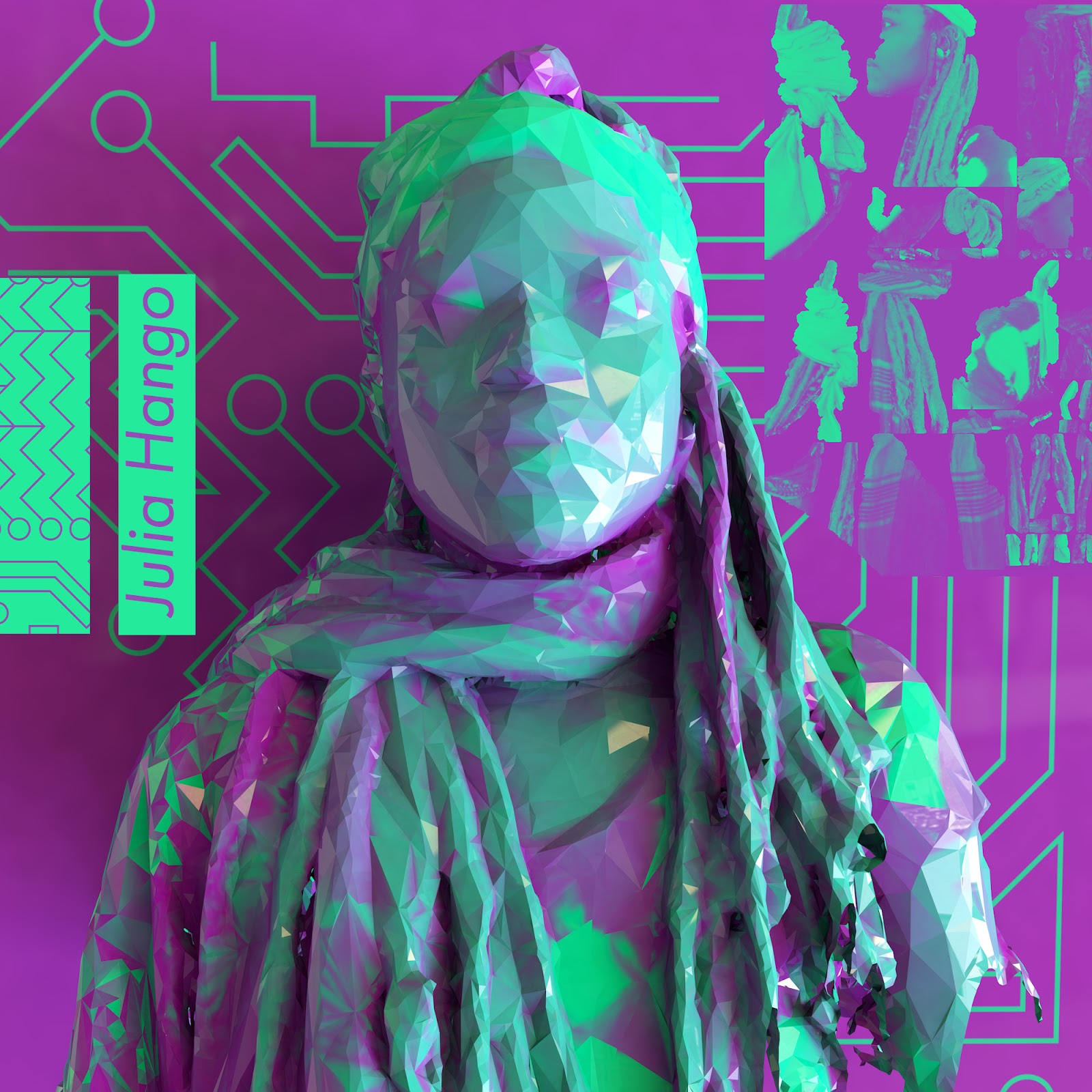 Julia Hango (better known as JuliART) is a 23-year-old who has self-funded three successful solo exhibitions to kick start her provocative feminist art career in 2015 in her home country Namibia. JuliART is one of the most promising young Namibian artists today. Playing with various artistic techniques many of her digitally created photographs are surreal and thought provoking as they are layered with movement and emotion that give the Artworks an exploratory three-dimensional space challenging the notions of sexuality and gender. Her work utilizes the power of the camera and the Naked human body as a tool to challenge society on issues of gender, bodily autonomy, mortality, identity, and, perhaps most importantly, her own life as a nudist.

Fak’ugesi Festival partners in residencies and creative development programs for digital creatives from across the African continent. Our offering in these partnerships is as a dynamic, critical and regional meeting place and showcase for digital creatives. The Arts Research Africa Residency in partnership the Wits School of Arts, is aimed at linking artists between Festivals on the African continent.

ColabNowNow is a British Council Southern Africa Arts artist development residency that started at Fak’ugesi Festival in 2017. A ten-day encounter with storytellers and artists from across the African continent to collaborate and make new work.

Digital Lab Africa is a digital creative incubator for projects that targets artists, producers, designers, startups, students in the media and creative industries. Winners are chosen from an open call for professional or individual from Sub-Saharan Africa having an innovative project in 5 categories of multimedia production: web creation/transmedia, virtual reality, video game, animation and digital music.

Fak’ugesi African Digital Innovation Festival is at the forefront of Africa’s culture and technology scene. Explore what we stand for and how our journey evolves.

The festival affords the opportunity for critical engagements, the outcomes are collated every year, making the festival a generator of industry insights and a living archive of Africa’s culture and technology sector.

The festival extends its investment in African digital creativity throughout the year by keeping in touch with news and opinion on the impact and trajectory of creative digital innovation in Africa.

A month long virtual celebration of African Digital Creativity. Join us as we power up Africa's resolution #POWERTOTHEPIXEL 2020 !

Be the first inline for reserved & limited events.